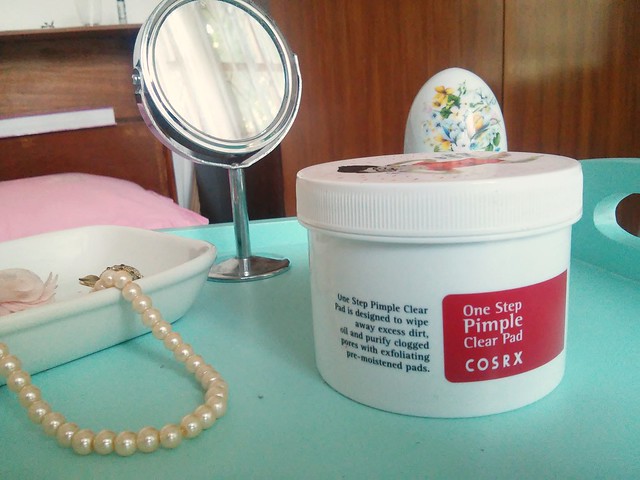 Confession time : I am a bit squeamish about putting acid on my face.

I know that my oily, acne-prone(-ish) and hyperpigmentation-laden skin could really benefit from chemical exfoliation. However, using acid products could be highly irritating and/or give you legit purging, and I was just not mentally ready for another breakout. Even those that (hopefully) would disappear in a month or so, with a promise of best skin ever after it is done.

Thankfully, in this age there are acid products with various price points and strength! I decided I would just dip my toe in the pool first and see what happened.

To be honest, this product was not chosen *specifically* by me.

I had a lot of products on my radar, including this COSRX Pimple Pad, but I was really being wishy-washy about buying them. Then I won this product from a giveaway by Female Daily. So technically, it was chosen for me. THE PROVIDENCE HAS SPOKEN.

It stayed unopened for a few days after its arrival. Partly because I was still amazed at my new-found luck (I don’t usually win giveaways, LOL), and also because I was still unsure about putting those acidic pads on my face. What really convince me to start using it is actually Mr.RX on the lid. How could I not, when he looked so angelic and blissful there? I want you to be my cosmetic hero, Mr. RX.

As is typical with COSRX products, the ingredients are looking good. Instead of normal water we got Salix alba bark water, a natural source of BHA, and potentially boost up the performance of Betaine Salysilate (COSRX choice of BHA). You can also see varied types of humectants (i.e. Butylene glycol, glycerine, sodium hyaluronate), which lift up my heart a little since my skin loves them. There are also skin-soothing ingredients such as allantoin, which probably would prevent my skin from looking red, raw, and angry if things did not go smoothly. And then there is Melaleuca alternifolia (tea tree) oil, which is famous for its anti-bacterial property, which in turn would prevent acnes from wreaking havoc on my face.

According to CosRX website, this product has 1% BHA and the pH of 4.0±0.5. That is not high enough for serious BHA exfoliation. Also, higher pH is supposedly less irritating. Soooo everything should be all good, right?

How to Use It

According to the packaging, here is the correct method to apply this product :

As you can see from the picture below, it has an embossed texture on one side.

The other side is smoother, but my shitty camera work prevented me to show it clearly, so you just have to trust me on that.

In addition to BHA exfoliation, the embossed side provides a bit of physical exfoliation. If you are worried that you might get more exfoliation than needed (ahem, like yours truly), you can just use the smoother side. This is actually great for acid-noobs because you can decide which level of exfoliation you are comfortable with.

I kinda expect it to smell citrusy since it has orange peel oil in it, combined with tea-tree. Well, it has a more fresh, medicinal, anti-acne (?) scent to it. It is not exactly pleasing but it does not bother me as well.

I experienced no irritation, no stinging whatsoever upon application of the smooth side. It made me confident enough to utilize the embossed part. There was (finally) some stinging, but only when I got carried away and swiped the pad too vigorously. The dreaded purging was nowhere to be seen. Either the formula was really gentle or my skin is actually tougher than I expect.

Instead of purging, what happened is this :
a. Pore size visibly reduced (temporary)
b. The sebaceous filaments around my nose area are less pronounced
c. Combined with tea-tree oil spot treatment, it helped prevented mini-breakout on my cheek after I forgot to double-cleanse my face a few consecutive nights (Bad Vera!)
d. It control excess oil without over-drying my face (humectants <3 Gotta love them)

I found that it actually works better if used after spritzing COSRX AHA/BHA Clarifying Treatment Toner (yes, you read it right, I put more acids in my routine). Probably because the COSRX toner has more acidic pH (3,85 according to Snow White and Asian Pear), which in turn boost the exfoliation strength a little bit.

I understand that the pad form is perhaps the most attractive points for some. It is quite practical indeed; one can even use it as a makeup remover pad. Just a few quick swipe and done! Not for me, though, because my inner stinginess won’t let me. Every pads worth $$$! Make each pad counts! Thus my preferable method of application is :

1. Cut the pad into half (or more, depends on how stingy I feel in that particular day)
2. Swipe lightly around face with the embossed side, linger a bit more on oilier part of face
3. Switch to the smoother side. Put on the nose area as some sort of pore size-reducing mask.
4. Leave it until dry (because apparently my skin tolerates this product formulation well)

Due to my preferred method, I usually use this at night, when I have more time to chill. Some people also preferred to use this (and other acid products) at night because it cause photosensitivity. Well, just use your sunscreen in proper amount and reapply religiously, everyone.

In summary, COSRX One Step Pimple Clear Pad could be a part of “Chemical Exfoliation” starter packs for acid newbies. It exfoliates gently, with an option to go even gentler if you are too nervous about it. However, for hardcore acid-user, this pad might be lacking in strength. Don’t worry, though, you can always use it as a practical makeup remover pads .

Would I repurchase? No…but not because it is a bad product. It is just that I grew more confidence in my skin’s ability to withstand chemical exfoliation, and I would like to try stronger ones. It is not you, COSRX One Step Pimple Clear Pad, it is really me.

I have since graduated from the COSRX One Step Pimple Clear Pad to another (stronger) COSRX BHA exfoliant : COSRX BHA Blackhead Power Liquid, which I have also reviewed here

Where to get this?

As I have mentioned before, I received this product in a giveaway from Female Daily (which does not influence my opinion in any way).

It is not yet sold in any physical store in Indonesia, as far as I know. I do know a few online stores that carries this product, though :

This list is only provided as information. I am in no way affiliated or compensated by the online stores I listed above.
At the time of this review’s publication (June 2017), the retail price is around Rp 190.000-Rp 230.000 (Varied between sellers)

2 Replies to “Noob-Friendly Acid : A Review of COSRX One Step Pimple Clear Pad” 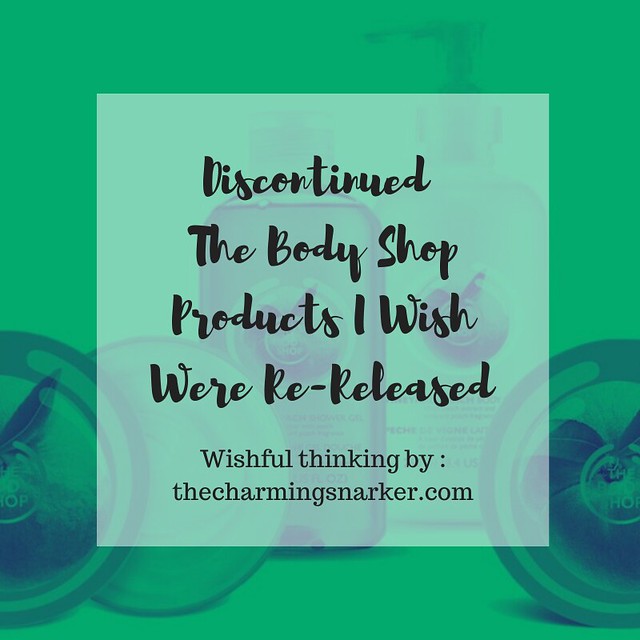 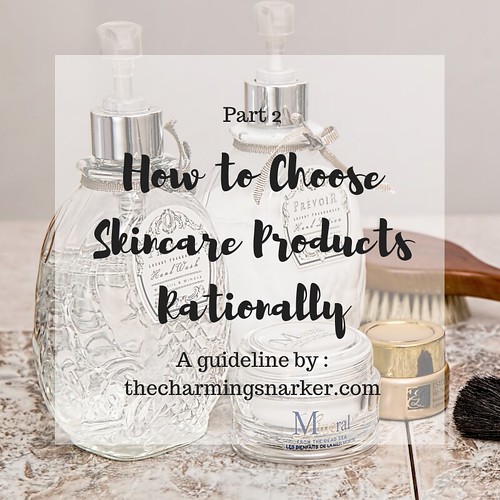 Wearing fragrance can incite certain emotion, and these perfumes from @CarlandClaire signature collection give me lots of feelings.
Writing about perfume is like writing a poem while skincare is like a prose, so please bear with me while I am in the mood of being a poet!
Please welcome another newcomer to my @carlandclaire collection : Lady!
My first full-sized bottle from @carlandclaire !
Old bottle of Christian Dior Dune for Women released in 1991.
To grow, sometimes you need to let go. But it is still sucks that sometimes, the things you need to let go are your favourite things in the whole world.