Ah, COSRX, how I long to try thee!

COSRX is a brand well loved by many, including a lot of international beauty bloggers I trust. Naturally, I was intrigued. I am sold by basically everything they are : minimalist, non-gimmicky ingredients, clean packaging design, responsive customer service, and on top of that, affordability! The only question left is which product I should try first.

I figured this the Galactomyces 95 Whitening Power Essence will be inoffensive to my face, which was just recently awaken from acne-nightmare. It also contained 95% Galactomyces, an ingredients similar to Pitera used by SK II First Treatment Essence, which I have never tried due to strong opposition from my wallet. Also, I could use some more whitening/brightening/lightening for my stubborn post-inflammatory hyperpigmentation (PIH)

As time went by, I found more and more reasons to buy it. Well, why not, it is only around 1/5 of SK II FTE price. Quite a good price for an introduction to the world of Fermentation-Contained-Essences that has bedazzled many wiser, more experienced skincare enthusiasts before me! Excited!

I just cannot resist to start this review from the most attractive part. Look at that short and sweet ingredients! PUT IT ON MY FACE ALREADY.

So this essence boast a whopping 95% of Galactomyces ferment filtrate. In vitro studies suggested that Galactomyces ferment filtrate may help protecting the skin against damage such as dryness as well as reducing melanin synthesis and oxidative stress, which if left “untreated” may result in accelerating skin aging and skin inflammatory responses (note : this study is supported by P&G, parent company of SK II).

After the Galactomyces, we got my eternal bae niacinamide. If there is any whitening/lightening/brightening effect, I would not be surprised! Niacinamide also has a bunch of other benefits such as reducing transepidermal water loss, sebum production and pore diameter, hyperpigmentation due to aging and sun damage. It can also increase collagen synthesis and function as anti-inflammatory agent. Niacinamide would always be warmly welcomed on my face.

After niacinamide we have a bunch of humectants, which is great because they basically attract water and retain it in your skin. There is still adenosine as anti-wrinkle cherry on top of our hydration-and-antioxidant concoction. I expect some serious hydration from this galactomyces essence.

All in all, from the ingredients list alone, everything is looking good!

This product was previously known as Galactomyces 95 White Power Essence, a rather unfortunate name. Although the name has been revised, I see the old name still remained on this part. I hope it does not mean that my product is from an old batch. I have checked the expiration date (on the bottom part of the bottle) and I still have a long way to go to (it will be expired in December 2018).

Based on the bottle, its main claims are moisturizing and supporting skin renewal. Kind of washed down if you compare with the name “Whitening Power”, but I think it provided a more realistic expectation. As with other Korean skincare products that claimed to be “whitening” and “lightening”, it will not drastically change your skin tone. It is really more evening out your skin tone and make it glow.

It is packaged in a 100 ml plastic pump bottle. Since I often bring this essence when I am travelling, this is very handy. I have read several reviews that pointed out the pump does not work as well after the bottle is half-empty, but I did not experience this. Overall, I am quite happy with the packaging quality.

It is supposed to be used in the essence slot, right after hydrating toner if you are using any. If you are still unsure about its position in your routine, I will just refer you to this visual guideline by Tracy of fanserviced-b because I cannot explain it better.

The instruction on the packaging suggested to sprinkle lightly on the nose and forehead, and spread generously on cheek (or any dry/dehidrated patch of skin), but I usually just slather it liberally all over, LOL. This is better-suited for me, especially when I am not planning/do not have time to apply additional moisturizer afterwards. I also pat a generous amount on my neck, because it is well-hydrating and potentially has anti-aging/anti-wrinkle effect in the long run.

It smelled like almost nothing. I caught a whiff of something I could not recognize, not exactly unpleasant, but definitely not from a deliberately added fragrance. Unless you are really, really picky about the smell of things you put on your face, I think it will not bother anyone.

During my work-craze period this product was my moisturizer of choice. I probably followed the much-hyped “7 skin method” without really meaning to, although it was not necessarily layered 7 times every time (who had time to count?). This essence is quite viscous; it is quite sticky upon application, and take some time to sink in, so not everyone would be comfortable with the feeling of layers of it. My oily skin, though, LOVES it! It is refreshing and moisturizes well, and my skin is bouncier than ever, even without any additional humectants/emollients/occlusive products.

(Trivial but genuine question : Why must it be “7 skin” not “6 skin” or “8 skin”? Is it because 7 is a magical number, which is precisely why Voldemort splitted his soul into 7 parts? ENLIGHTEN ME)

In terms of brightening effect, I have not seen it after 2 1/2 months of routine(-ish) application. It does make my skin more glowy, but I guess that is more because of all the hydration goodness in it instead of the legit melanin-prohibition. Well, good result does usually take time…

Now that I have more time for elaborate routine, I found that some waiting time is needed before applying the next products. Without sufficient waiting time (around 5-10 minutes for me) it has tendencies to pile up upon interaction with some products. I experienced this with Garnier Lightening Moisturizing Cream and SkinAqua Sunscreen Gel. I have not identified why this happened, though. It just…happened.

For the first galactomyces-containing-essence I tried, COSRX Galactomyces 95 Whitening Power Essence does not disappoint. It had earned a place on my skincare routine, even through my busiest hours, and it has worked its way to my heart too, LOL. The brightening effect (if there is any) is not too prominent, so it might let down those who use it solely for the brightening (as in melanin-prohibiting). But then again, I have only used it for 2,5 months. There might be more (hopefully pleasant) surprises waiting for me. Other than that, this product performed very well. Nice hydration boost, which in turn makes my face glow like never before… COSRX, TAKE MY MONEY.

Where to get COSRX Galactomyces 95 Whitening Power Essence?

I am sooo happy that COSRX has gone more and more mainstream in Indonesia. That means more shops will carry this, and hopefully at better price points too! Here is a list of sellers that I would stalk for replacements when my bottle is almost finished (probably in next few months?). Please note that this list is for information only, I am in no way affiliated or compensated by these shops. 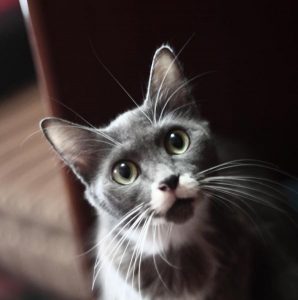 Shopee : Beads handicraft and K-Pop stuffs (mostly Seventeen because I am a  Carat noona).

Prelo : preloved stuffs, mostly books, but there are also other random stuffs I feel would be loved better by other people